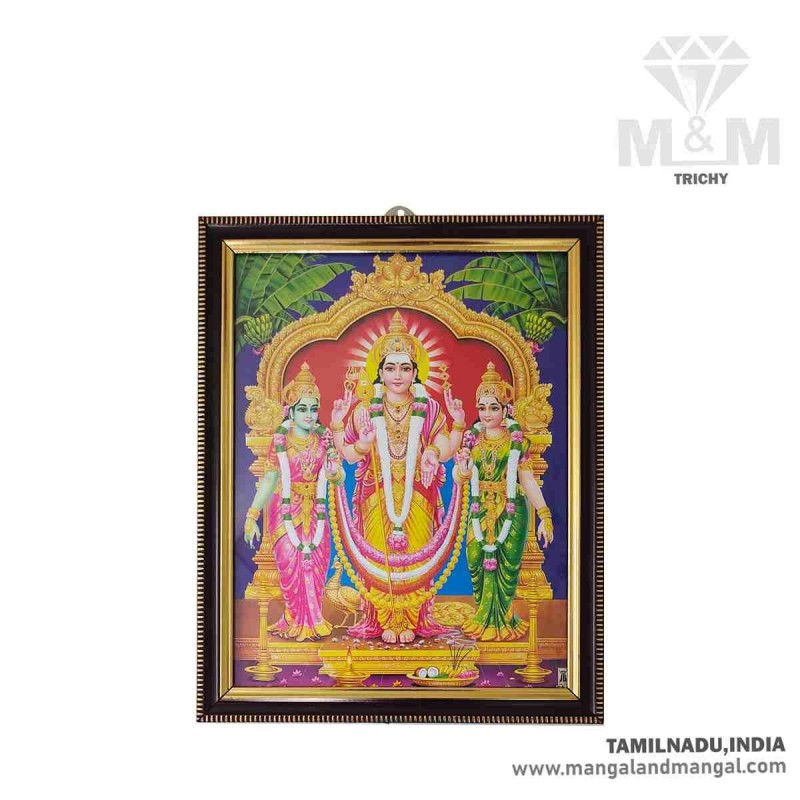 Lord Murugan, the son of Shiva and Parvati, is a much revered deity of Hindus especially in South India. He is known by various names like Kartikeya, Shanmukha (Shanmuga), Subramanian, Shadanana, Guha, Senthil, Saravana, Kumaraswamy and Skanda ( Refer 108 Names of Lord Murugan). His six most important shrines in India are the Arupadaiveedu or the Six Abodes of Murugan, which are temples located in Tamil Nadu. Murugan rides a peacock and wields a bow in battle. During His bachelorhood, Lord Murugan is also regarded as Kumaraswami (Bachelor God), ‘Kumara’ meaning a bachelor and ‘Swami’ meaning God.

According to the legend, Murugan is married to two deities. The first one is Devasana (also called Devayani or Deivanai), the daughter of Lord Indra and his second wife is Valli (she was found in a pit, dug out while gathering the edible tubers of the valli-plant), the daughter of a tribal chief. The two wives of Lord Murugan, namely Devasena and Valli refer to Kriya Shakti and Ichha Shakti, meaning the Power of Action and Power of Will respectively, while Lord Murugan represents Gyana Shakti or the power of Wisdom.

Did you know that we ship to over 24 different countries